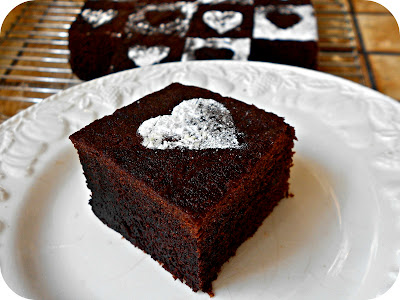 Hello all! It has been rather a long time hasn't it, but I am incredibly happy to be back blogging again :) Sorry I did not manage to post at all during my last year at uni, a bit more hectic than I imagined it would be! But I have a fair few bits and bobs to share with you, including my first recipe post as a free lady out of academia!
Where to start, so final year was much tougher going than I anticipated but I thoroughly enjoyed it (I did Biology for those that don't know, specifying in Zoology). I completed my exams a few weeks back so now its just a waiting game for the results! Fingers crossed :)

One major reason my last year was far busier than expected was that, a month or so in, I joined my first club since being in university. Skydiving was what took my fancy, after doing a tandem for charity when I was 17, and it has proven to be one of the best decisions I have made so far, for so many reasons! To put it bluntly, it scares the bejeezus outa me. I haven't progressed very far yet due to time and money constraints, but now uni is over I plan on becoming qualified just to prove to myself that I can! More than anything though, it's the amazing people I have met. On my first ever weekend at the airfield I met one rather special person in particular, that happened to come into my life in a more important way than I ever could have expected...yup, thats right, some how I managed to stumble upon a guy that's willing to put up with me on a relatively full time basis :) Who'd have thought that day would arrive! To be honest Im pretty sure it's because he found out I had a baking blog...but I'm cool with that 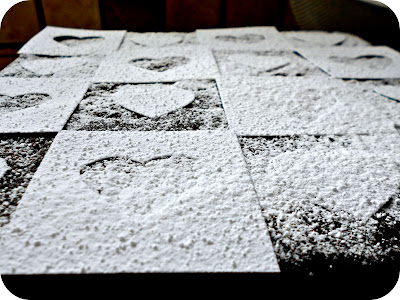 So, cake! I had a few hiccups in the making, mainly due to a lack of utensils as I left my baking stash at uni. Even though I sifted the flour mix into the cocoa it seemed to go horrendously lumpy, due to my lack of a whisk I suspect. Failure time I thought! But my ma's other half came in to help and we sifted the batter into the tin, squishing out the lumps. Messy doesn't really describe it, but it was worth it and worked out just great in the end! 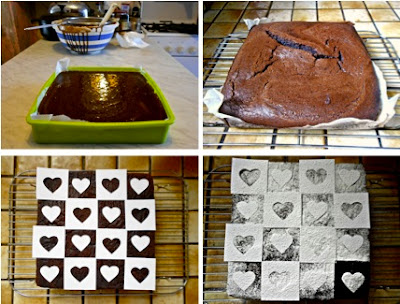 Delicious cake, boozey cake, stupidly amazing batter. A number of points about this scrummyness:
1- The melted cocoa/butter/sugar/coffee mix is pure heaven, seriously I could have drunk all of it there and then.
2- For coffee haters, you cannot taste it in the final cake I PROMISE you! It simply enhances the chocolatey goodness.
3- It is a very moist, and pretty dense cake, which is absolutely gorgeous as it is but I personally loved to heat it in the microwave for half a min, which seemed to make it much fluffier and just..mmm.
4- It tastes of Baileys, big time, in an awesome way. I mean check out the quantity involved here! I swear I got a bit tipsy off the batter.
It really is a delicious cake, pretty rich and you definitely have to be a chocolate and Baileys lover...but then again I think there are few that would object to either of those! 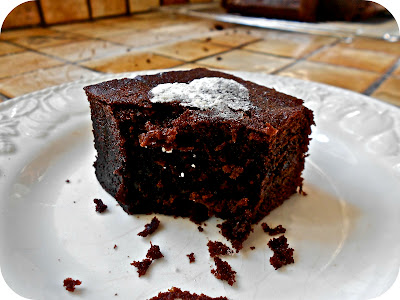 Preheat the oven to 160C, grease and line an 8 x 8 inch tin
Whisk together the flour, baking soda and salt in a bowl. Set aside
Put the cocoa powder, sugar, coffee and butter in a small pan and place over a medium heat, whisking frequently until the butter has melted and sugar dissolved. Pour into a large mixing bowl and leave to cool for 10 minutes
Stir the Baileys into the liquid mix
Add the eggs one by one, mixing thoroughly after each. Stir in the vanilla
Sift in the flour mix, whisk gently until incorporated
Pour the thin batter into the prepared tin and lift/drop the tin on a flat surface a few times to remove air bubbles
Bake for 1 hour, after an hour put foil on top of the cake and continue for another 30 minutes (mine took a bit longer) until a skewer inserted into the middle comes out with only a few crumbs
Let cool completely before dusting with icing sugar if desired **

Notes
* I did not have any on hand (shocking I know!) so substituted with the seeds of half a vanilla pod
** I made card templates and dusted the whole cake in one go. In future I would dust each slice before serving for a cleaner, and more durable, effect


As an aside, I have used this silicon mould a few times and I have to say Im not the biggest fan! Its obviously great for ease of release and cleanliness, but I don't think you can beat the conductivity of a good old metal tin. If any one else has the same or opposite opinions I would love to know :)