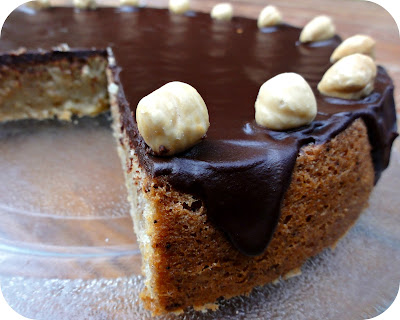 Brown butter seems to have rather a fan club. I'd never had a face-to-face encounter with the infamous stuff before, but all over the food blogging world I'd seen posts gushing about it's ability to transform the most simple of dishes. Well, I am officially one big fat convert and am now a fellow brown butter groupie. If I could drink the magical liquid without looking utterly repulsive and being made an outcast by my real-life friends then I would. I wish there was a scratch 'n sniff panel I could insert right now of the unreal scent of the butter bubbling away on the hob getting friendly with half a vanilla pod, it was quite something


This cake was a whole bunch'a firsts for me; first brown butter experience, first use of a vanilla pod, first ganache - I feel enlightened! One of the main reasons (of many) that I love food blogging is that it pushes you to try new and exciting things which otherwise you may just pass by. Boy am I glad the above 3 things are strangers to me no longer! I loved each separate part, I've definitely been missing out! And this recipe is whole-heartedly more than the sum of it's oh so special parts. 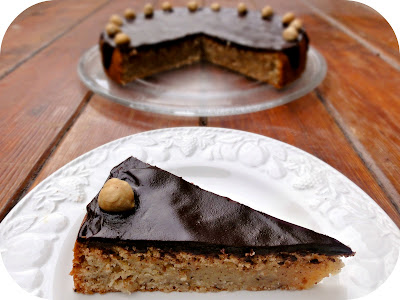 On to the SERIOUS bit :) This cake is fan-bladdy-tastic, I knew I was going to make it as soon as I saw Deb from Smitten Kitchen give it such an incredible write up - any recipe that gets such high praise from her is definitely worth a second look. I thought it was going to be a pain in the rear end to make as, even though the commenters said they adored it as much as she did, words such as 'involved' and 'complex' were thrown around. But I really think this awesomeness doesn't deserve to be associated with such words, I've found FAR more lengthy and complicated recipes - all this one really involves is browning butter, whizzing some stuff in a processor, whipping up a meringue and folding it all together....not that scary hey! 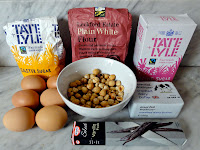 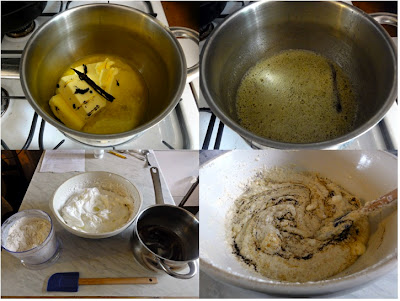 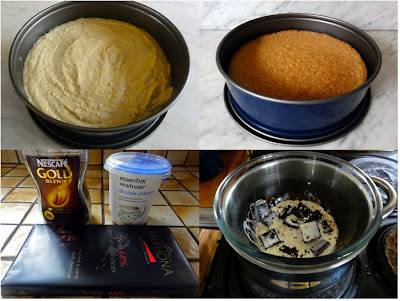 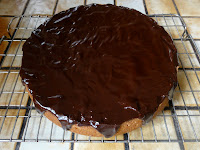 To sum up this recipe...imagine the most glorious Ferrero Rocher/Nutella hybrid in melt-in-your mouth cakey form. It's awesome. If that fact and Deb's adoration of this recipe don't tempt you to try it out then you are a lost cause my friend!

Give it a shot and don't be scared by the recipe as some seem to be, I think the original instructions involve far too many bowl-dirtying pointless steps (such as tipping the dry mix into a separate bowl after blitzing it when you don't even use the processor again...just why!) So I've written the method as I made it, the lazy washer-upper way sensible way :)


Hazelnut Brown Butter Cake
Adapted from Smitten Kitchen
Makes one 9 or 10 inch cake. (Recommend the smaller)
For the cake
5 oz (1 heaping cup) hazelnuts, blanched
1 cup (8 oz) unsalted butter
1/2 vanilla bean
1 1/3 cups powdered sugar (approx 6 1/2 oz)
1/3 cup all-purpose flour (approx 1 3/4 oz)
6 large egg whites
3 Tbsp caster (granulated) sugar
For the ganache (optional)
4 oz semisweet / dark chocolate, chips or chopped bars
1/4 cup heavy cream
1/2 tsp instant coffee granules
Preheat the oven to 180C/350F. Grease a 9/10 inch cake pan and line the base with parchment paper
Spread the hazelnuts on a baking sheet and toast for 12-15 minutes until golden. Let cool
Place the butter in a medium saucepan. Slice the vanilla pod in half lengthwise, scrape out the seeds & pulp using a knife, add the seeds to the saucepan and run the knife through the butter so as not to lose any seeds. Add the scraped pod to the pan and cook the butter over medium-high heat for 6-8 minutes until the butter is brown and smells nutty*. Stir often in the last few minutes to scrape any solids off the bottom of the pan. Set aside to cool and discard the vanilla pod
Grind the hazelnuts with the powdered sugar in a food processor until finely ground. Add the flour and pulse to combine
Place the egg whites in a large bowl and sprinkle the caster sugar over the top. Whisk on high speed until the mixture forms very firm peaks
Alternate folding in the dry mix and brown butter into the egg whites using a rubber spatula. Try to do 1/3 of each at a time and do not overmix. When one lot is nearly combined but still a little butter/flour visible add the next and continue, folding in the final addition until completely combined**. Make sure to scrape out and add all the little brown bits out of the brown butter pan
Pour into the springform and bake for 35-50 minutes ***
Cool for 30 minutes on a rack, run a knife around the inside of the pan, invert the cake onto a plate, peel off the paper and turn back on to a serving platter. Sprinkle with icing sugar or coat with ganache as below
For the ganache: either boil the cream in a pan then stir in the coffee/chocolate, or, as Deb and I did - melt the cream, chocolate and coffee granules in a bowl over a pan of simmering water (making sure the bottom of the bowl is not touching the water) until it is completely smooth. Pour/drizzle onto the cake
Notes
* The butter will first bubble up a little then settle down. Once it is quite calm with a foam on top it will only take a few more minutes
** Make sure you are scraping the bottom of the egg-white bowl as you are folding as the butter can sometimes settle and not be mixing in properly
*** Original recipe says 50-60 minutes but most agree this is far too long. Deb's was done after 40 minutes and mine also, so check at 35
Printable scrumminess