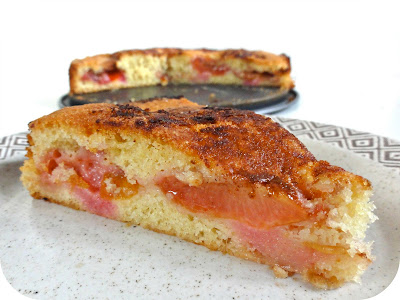 I have a tendency to waffle on and distract from the recipe itself, but rather backwardly I love to-the-point lists and facts. People that border on rudely blunt tend to be the ones I gravitate towards, I like to know that what you see is what you get and that I will get a straight answer even if it may not be the most desirable one to hear. But anyway, there I go again - waffling. Sometimes what you need is a factual list - and what better when that list is all about cake, an absolutely awesome cake at that. Here we go:

1. This recipe is the most published and most requested recipe in the entire Times archive. It's been printed pretty much every year in the New York Times for about 15 years due to reader demand - to be honest this is all you reallllyyy need to know! But I will keep going, as a list comprising of just 1 simply ain't a very good list
2. It is stupidly basic, in a totally simple-is-best way. It uses 7 ingredients you are almost guaranteed to already have on hand, then you just nestle some juicy ripe plums into their loving cakey arms and hey presto!
3. There are essentially 4 short steps. No process this, whisk that, alternate this-with-that; just mix arrange sprinkle 'n bake. I almost dare you to take longer than 10 minutes to make it
4. Apparently it freezes like a gem, bonus!
5. It may be basic..but my goodness was I pleasantly surprised. I was kind of expecting it to be one of those crazy easy recipes that is tasty, but more great to have on hand for its simplicity rather than deliciousness. Oh how I regret my pessimism! There is a slightly crisp cinnamon-sugar topping that gives way to a sponge who's perfectly soft texture truly made me stop in my munching tracks (that takes a lot of doing), and the plum's sink in creating these irresistible fruity pockets


List over. Just google and read the reviews about this cake if you are still contemplating whether it's too good to be true! It is pretty much the perfect recipe to showcase the very much under-appreciated plum. Those plum tree's sure know how to churn out their children at a rapid rate! I've never baked with the little lovelies before but have plum's coming out my ears at the moment so decided it was the perfect time to change this fact. Well I think I struck lucky and doubt I will be searching for any other recipe to use them in, I'm not sure this could be beaten for its simplicity and delightfulness combined 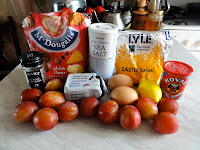 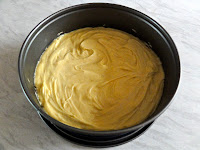 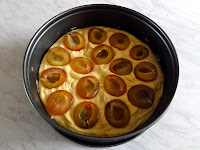 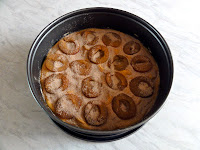 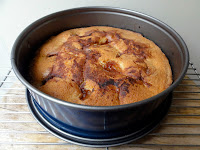 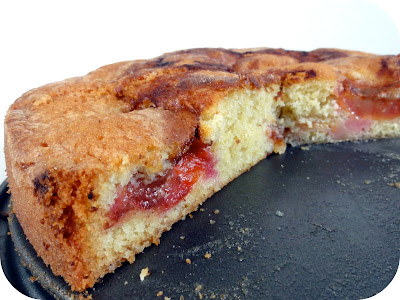 It may not be a dressy show-stopper of a cake, but it is one that will undoubtably bring a smile to your face and be dug out of the recipe box summer after summer :)


Plum Torte
Adapted from The Naptime Chef and Leite's Culinaria
1 stick (8 Tbsp/4 oz) unsalted butter, softened
3/4 cup sugar, plus 2 Tbsp for the topping
1 cup all-purpose flour
1 tsp baking powder
pinch salt
2 large eggs
12 plums, halved and pitted*
2 tsp lemon juice (optional)
1 tsp ground cinnamon
Preheat the oven to 180C/350F. Lightly grease a 9 inch springform pan
Cream together the butter and sugar in a large bowl until pale and fluffy
Sift in the flour, baking powder and salt. Mix to combine
Add the eggs and mix well
Spread evenly into the pan and arrange the plum halves skin side down **
Mix together the cinnamon and 2 Tbsp sugar. Sprinkle the lemon juice over the top of the cake if using, then sprinkle over the cinnamon-sugar mixture
Bake for 45-50 minutes until a toothpick in the centre comes out clean ***
Cool on a rack before serving (or cool for 30 minutes and dig in if you are like me, this is especially DELICIOUS when warm :) )
Notes
* Italian, purple plums are said to be the best. But I just used what I had in the garden :) Maybe not as pretty but still scrummy. Also I think I may have only used 8 in total
** Some say skin up, some skin down. I don't think it realllyy matters. I did skin side down as little wrinkled plum bum's poking out of the top of the cake (although amusing) did not appeal as much
*** Mine was perfect / brinking on slightly overdone (only veryvery slightly) at 45 minutes, so I would check at 40 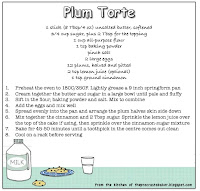